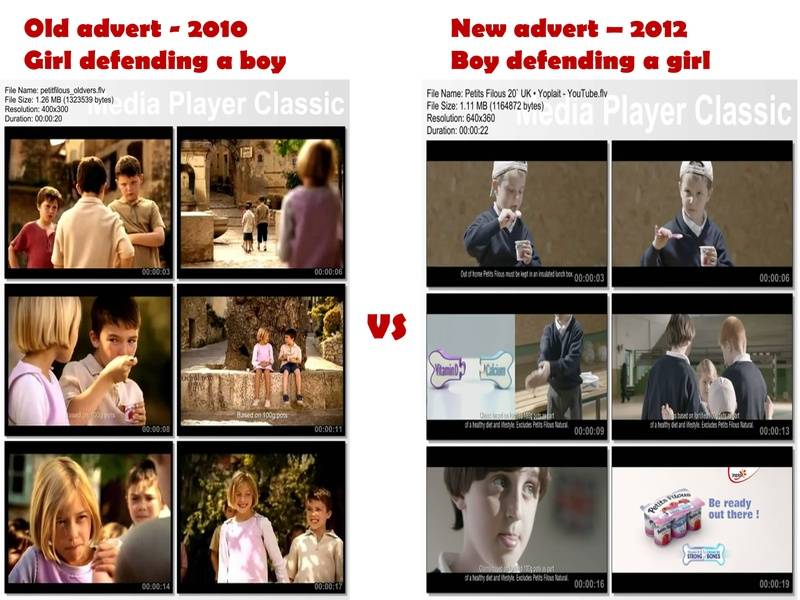 OLD ADVERT -Description: The scene is filmed in a French village. A boy (roughly age 6) is being bullied and his marbles taken away by some boys. A girl (roughly age 7) witnesses the incident and reassures the boy that she would get his marbles back. She then faces the bullying boy in a harm wrestling contest, winning the marbles back for the boy. NEW ADVERT -Description: The scene is filmed in a British school’s hall (as the actors wear a typical comprehensive school uniform). A girl (roughly age 7) is being bullied by a group of older boys (age 8-9) and she looks quite fearful. A younger boy (roughly age 6) witnesses the incident and immediately run to help the girl, intimidating the boys by simply turning up his sleeves and assuming the fight position (showing his fists as to start a fight). The girl steps behind the little boy, simply watching what is happening. The bullies turn their back and decide to leave the girl alone.