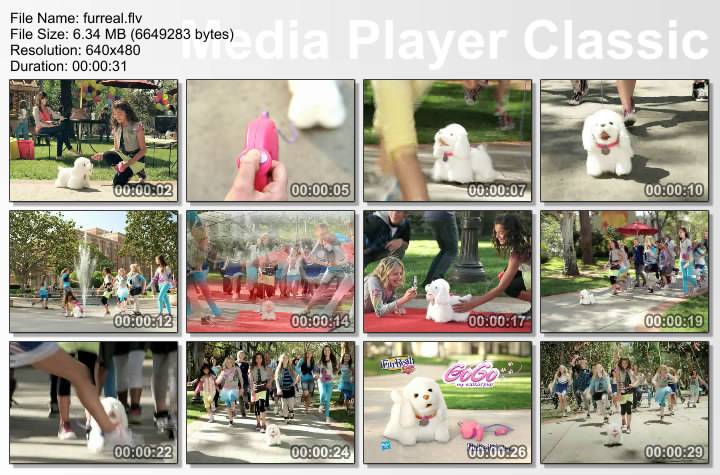 Description: The advert shows a girl walking her Furreal walking pup in the park (a fluffy battery-operated puppy on the leash). The girl is quickly attracting the attention of other young people in the park - mostly girls as only one boy is visible- who start to follow her, dancing around her and taking pictures with their mobile phones. A group of teenagers cheerleaders in their costumes join the crowd and perform their jumps and cartwheels around the girls. The main actress is a pretty girl of around 9 years of age and she wear trendy and colourful clothes, a mini skirt with leggings and a jacket, with Converse All Star footwear. She doesn’t seem to wear make-up but her hair and general appearance suggest a looks-conscious girl. Most of the girls in the adverts appear to be of similar age, prettiness and attire.